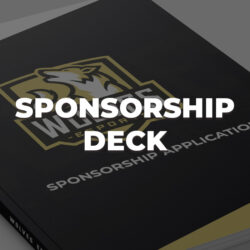 You want to stand out from the crowd of esports organisations and gain an advantage over your competitors? Your team wants to apply for a new organisation to represent in style? You are an event organizer or sports club looking for support?

No matter the occasion, we design a presentation for your organisation,event or club, digital or print ready! 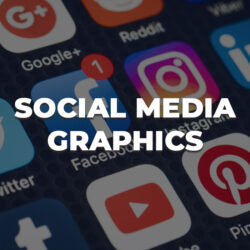 Not only the demeanor itself is important but also your appearance of your social media network profiles. Something that is not to be underestimated nowadays. No matter if it’s esports, gaming, or for company or sports club!

Howling Media offers you high-quality and cohesive designs for Twitter, Facebook and YouTube that visually elevate your project onto the next level and conveys a sense of professionalism! 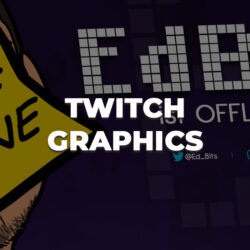 A professional design on platforms such as Twitch.tv helps portray a positive image for your esports organisation. We offer different packages that are not only geared towards organisations and teams but also single streamers!

Profile banner, a great looking webcam overlay, designs for different scenes and panels – you will miss nothing with us! We are working on your designs and help make your stream stand out with pleasure! 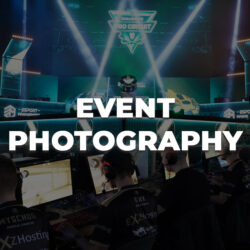 Your organisation or team is visiting an event and wants to have great images you can use afterwards? Then our service for event photography is the right choice for you!

Pictures of the location, the atmosphere or pictures of you – with high-quality equipment we assure you that your events will remain unforgettable! 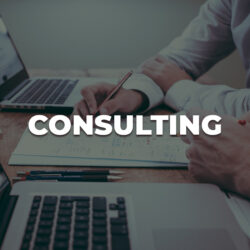 With over 30 years of combined esports experience, in which we’ve been in all positions from player to organisation and company owner, we are in position to support your endeavor in esports!

You want to create and start your own organisation? Your company wants to enter the esports industry? We are here for you! We also offer consulting when it comes to topics such as branding, dealing with players and teams, partners and sponsors!

Howling Media was founded in April 2020 and sees itself as a consulting and service agency within the esports industry. Next to our services Howling Media is also the company behind the esports organisation Wolves Esports and manages it. As a consequence the meaningful entry into the world of esports for your company is one that could not be easier.

With 30 years of esports experience we aim to not only grow our own brand Wolves Esports but also assist other teams, organisations and sports club with our accumulated knowledge to make sure they are on the right track to chase their dreams and goals based on solid grounds.

Following brands are being managed, lead and supported by Howling Media:

Wolves Esports was founded in 2013 as a hobby and was restructured in 2016 to meet the requirements of professional esports.

With over 20,000 followers on Instagram he is one of the biggest petfluencers in Germany and impresses with his playful and happy nature.

A major difference compared to other petfluencers on Instagram is the non-usage of filters and other post processing of images to maintain the natural and close-to-life aspect captured in the moment.

Howling Media is proud of the partnerships with the following companies:

The team behind Howling Media

Andre has a Bachelor in Business Administration with Informatics with his majors in Digital Marketing, Marketing, and Operational Management.

Before and during his studues he was active as a freelance graphics designer. His esports career started in 2005 and he took over leadership roles in all of his team since then. During his active as a player he and his teams were quite successful on the highest level. After retiring from competitive play Andre switched to management roles within the esports industry and gained valuable experience. Next to his esports past, he also played football and is extremely knowledgeable about the marketing aspect of it. This sports experience is something he brings to the table and he is still actively consulting sports teams in his area.

His esports experience, as well as the skills and knowledge gained during his studies are key elements he now represents Howling Media with. 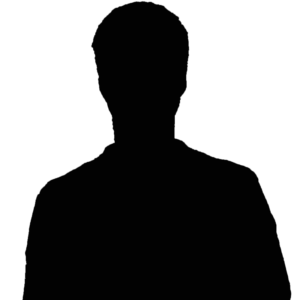 As a certified Bachelor Professional of Business and a retired Sergeant First Class of the army with 16 years of esports experience, Patrick combines necessary economical skills, working experience and extensive knowledge about the German and European esports industry in an unbeatable package.

As a founder of Howling Media, as well as his brand Wolves Esports he laid the foundation for this business. His affinity for instant and digital photography are great additional assets he brings to our company.

Then don’t waste any time and contact us! We’ll take care of your requests and concerns!

We use cookies on our website to give you the most relevant experience by remembering your preferences and repeat visits. By clicking “Accept All”, you consent to the use of ALL the cookies. However, you may visit "Cookie Settings" to provide a controlled consent.
Cookie SettingsAccept All
Manage consent

This website uses cookies to improve your experience while you navigate through the website. Out of these, the cookies that are categorized as necessary are stored on your browser as they are essential for the working of basic functionalities of the website. We also use third-party cookies that help us analyze and understand how you use this website. These cookies will be stored in your browser only with your consent. You also have the option to opt-out of these cookies. But opting out of some of these cookies may affect your browsing experience.
SAVE & ACCEPT